Live In Montreux is a live album by Buddgy Guy and Junior Wells.

It was recorded in Switzerland on Friday June 28 1974. Another album, Drinkin’ TNT ‘N’ Smokin Dynamite was recorded the same day. 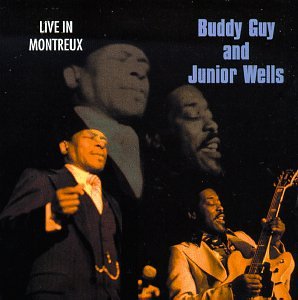 Songs On Buddy Guy and Junior Wells Live In Montreux

The story goes that Guy and Wells were unhappy with the house band that was supposed to be the backing group. They asked Bill Wyman of The Rolling Stones to help put together a replacement band. He found Pinetop Perkins to play piano, he played bass and Dallas Taylor is on drums.

iTunes has a lot of Buddy Guy albums but I couldn’t see this one but things can change – iTunes.

Is this the best live album by Buddy Guy?

Is it the best live album by Buddy Guy and Junior Wells? Which do you recommend?

Live albums by Buddy Guy include: