Robert Cray Live At The BBC is a collection of live recordings made by the BBC.

The songs were recorded at the Hammersmith Odeon, London in 1988 and 1991. 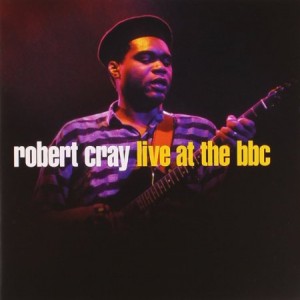 Songs On Robert Cray Live At The BBC

The first six songs come from the 1988 performance which featured the Robert Cray Band on its own. The remaining eight songs are from 1991 when the band was promoting the Midnight Stroll album and his band are assisted by the Memphis Horns.

With his soulful voice and tasteful guitar playing, Robert Cray is a very accessible route into the pleasures of the blues. This is a very good summary of what is his most popular and probably his best period.

It doesn’t have the tension that many of the most critically praised blues albums but I like it.

Is it the best live album by Robert Cray? Which do you recommend?