Live In London is a live album by Sonny Boy Williamson with The Yardbirds acting as his backing group.

It was recorded at the Crawdaddy Club in Richmond, Surrey on December 8, 1963. (Richmond became a borough of London in 1965 so the album title is right now but wrong when it was recorded.) 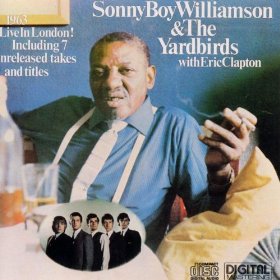 Songs On Sonny Boy Williamson & The Yardbirds Live In London

The Yardbirds at this stage were:

The Yardbirds normal lead singer, Keith Relf was reduced to handclapping and shouting.

Is it the best live album by The Yardbirds?

Should it be included in the poll to find the best blues live albums?