Beware Of The Dog is a live album by Hound Dog Taylor and the Houserockers.

It was recorded at two concerts – Northwestern University of Evanston,Illinois and at the Smiling Dog Saloon in Cleveland, Indiana in 1974. He died aged 60 on December 17, 1975 and this album was released posthumously in 1976. 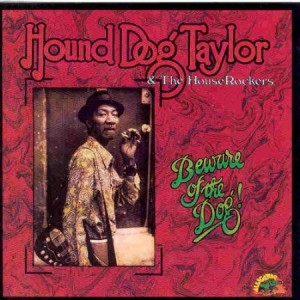