While Robert Nighthawk is the most famous and heavily featured blues artist on the album, it all includes Johnny Young, Big John Wrencher, Carey Bell, Arvella Gray, Fannie Brewer and a brief appearance by Mike Bloomfield.

Highlights from the album are on the classic album Robert Nighthawk Live On Maxwell Street.

Live On Maxwell Street is a live album by Robert Nighthawk.

It was recorded in the street in Chicago on September 24th, 1964. 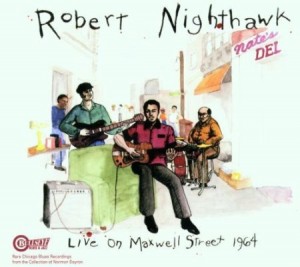