Fantasia Live In Tokyo 2007 is a live album by Asia. 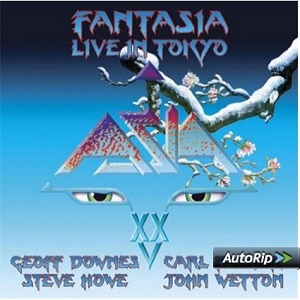 1. Time Again
2. Wildest Dreams
3. One Step Closer
4. Roundabout
5. Without You
6. Cutting It Fine
7. Intersection Blues
8. Fanfare for the Common Man
9. The Smile Has Left Your Eyes (Parts I & II)

It’s still worth checking around on the websites to make sure that there isn’t a more up-to-date or less expensive option. It’s also available as a DVD and a CD and DVD package.

Do you think that this album is the best live album by Asia?