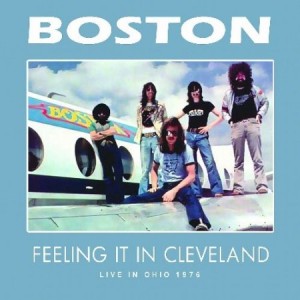 The sound is muddy and I’ve heard better radio broadcasts from the band in the 1976 to 77 period as they toured with the first two albums.

Buying Boston Feeling It In Cleveland

Do you think this Boston deserve a better live album from their early years?

If it was a top quality recording, I’d have also included it in the search for the best classic rock live albums.