Meet The Beatles Live In Paris is a live album by the Inmates.

This is a very interesting album which was recorded as part of the celebrations for the anniversary of Sergeant Pepper. It was recorded at La Villette on June 20, 1987. 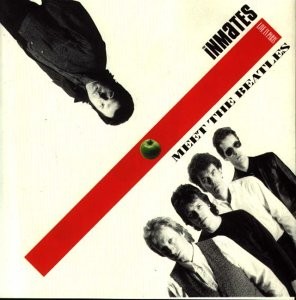 Songs On Inmates Meet The Beatles Live In Paris

Amazon only lists 13 tracks on the CD released in the USA but the mp3 version has all 17 listed above.

The R&B band give the songs plenty of attack and attitude and create a very good karaoke album. They don’t try to sound like the Fab Four like the tribute bands but the quality of the songs and the performance shine through. Unlike Cheap Trick’s live version of Sergeant Pepper, I can see a place for this album.

If you hanker for a more original sound of The Beatles performing live in concert, Paul McCartney has played plenty of his old songs on his live albums after he left Wings. I particularly like Tripping The Light Fantastic (Highlights). You can find Live At The Hollywood Bowl but the incessant screaming makes it very hard to listen to.

Is it the best live album by the Inmates? Which do you recommend?