Freebird The Movie: Music From The Motion Picture is mostly recorded at the 1976 Knebworth Festival in the UK with songs from Astbury Park and Oakland added from 1977.

The band were supporting The Rolling Stones at Knebworth and they’d have been a hard act to follow. 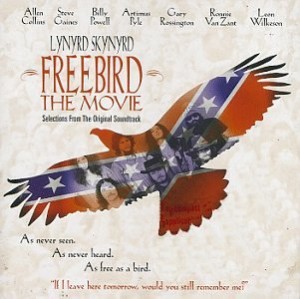 On one hand, anything from Skynyrd in this period before the air crash is precious but on the other hand, this album has to compete against One More From The Road, widely recognised as one of THE classic southern rock live albums which was recorded in the same year.

I think it comes down to how much you like Skynyrd in particular and southern rock in general. Causal fans don’t need it if they already have One More From The Road, and even if they don’t, that would be my #1 recommendation. Keen southern rock fans are going to find this nags away until they submit and buy.

Is it the best live album by Lynyrd Skynyrd? Which do you recommend?

You may also be interested in the wider best blues rock live album category where you’ll find plenty of extended guitar workouts.