Live At The Olympia (or Live A L’Olympia) is a live album and/or DVD by Ray Charles. 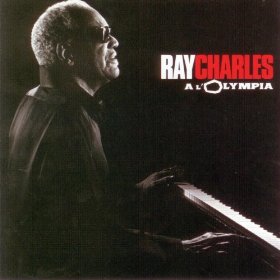 Songs On Ray Charles Live At The Olympia

Amazon.com suggests that it only has the first 13 songs on the CD but their mp3 download has the 14th, What I’d Say and Discogs says that the CD has 14 tracks.

While this is Ray Charles as a 70 year old it has plenty of charm. He died in June 2004 and I’d have liked to see him live in concert.

Is this the best live album by Ray Charles?

Does it deserve to be included in the poll to find the best soul live albums?