Curtis In Chicago Recorded Live is a live album by Curtis Mayfield and friends.

Mayfield recaps his time in music up to the 1973 release including reuniting The Impressions. 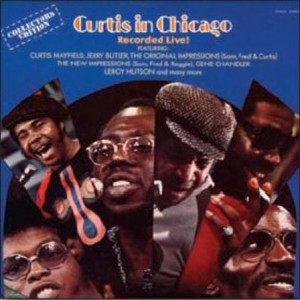 This album has tended to be overlooked because it’s overshadowed by Curtis Live from 1971. It has been sold as a two-for-one combined with that earlier live album. I have it but irritatingly, I can’t rip it as an mp3.

Is it the best live album by Curtis Mayfield? Which do you recommend?