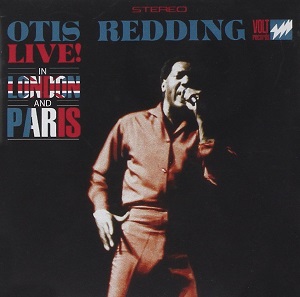 1 to 8 are in London, 9 to 19 in Paris.The Live In Europe album is said to have been drawn from the Paris recordings.

The London set list was duplicated in Paris but the French also had three extra songs – I Can’t Turn You Loose, I’ve Been Loving You Too Long and These Arms Of Mine.

Unlike the concerts at the Whisky A Go Go in 1966, Redding is backed by Booker T & The MG’s on this Stax Volt tour.

Buying Live in London and Paris

Do you think this album is the best live album by Otis Redding?