During this period, Wonder was in transition as he moved away from the restrictions of Motown to become the 1970s superstar that produced the classic studio albums Talking Book, Innervisions and Songs In The Key Of Life. 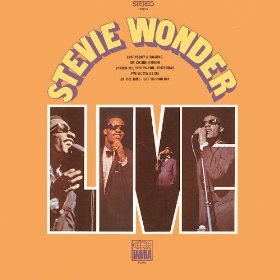 This is a good album and, if you’re a big fan of Stevie Wonder, I think it’s well worth adding it to your music collection.

The biggest problem for me is that it’s not the Stevie Wonder live album that I really want. We need to capture his glorious music from the early and mid 1970s – a live equivalent to Original Musiquarium if you like.

The problem is that he didn’t perform live very much in the mid to late 1970s (see setlist.fm). I’m not hopeful of an archive release so we’ll have to make do with what’s available.

Is it the best live album by Stevie Wonder? Which do you recommend?