Live from Austin, TX is a recording of a Richard Thompson concert in 2001. 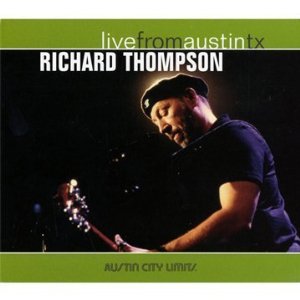 Seven songs from the Mock Tudor album are probably too many when there are so many great songs in Richard Thompson’s back catalogue. It does provide a summary of his career after his musical partnership with his wife Linda broke up in 1982.

I will be writing a much longer review.

What Others Say About This Richard Thompson Live Album

It hasn’t appeared on any of the beat live albums ever lists that I’ve seen.

Reviews at Amazon are very positive with plenty of five and four stars.

What Do You Think Of This Live Album By Richard Thompson?

Do you think this is the best Richard Thompson live album?