Columbia Live at Missouri University is a live album by Big Star on their reunion tour in April 1993.

The success of groups like REM and Teenage Fanclub had made Big Star more popular in the nineties than they had been in the early seventies. 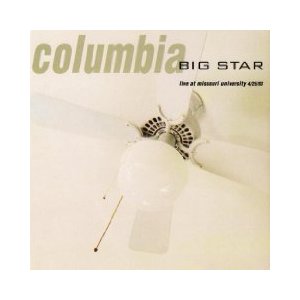 I bought this live album by Big Star when it came out in 1993 because I was a big fan of Teenage Fanclub. While I used to play the studio two-for-one of #1 Record / Radio City a lot, this didn’t make that much impression on me and I haven’t been tempted to rebuy it on CD or mp3 since.

What Other People Say About Big Star Live At Columbia

It’s not in any greatest ever album lists that I’ve seen.

Reaction on Amazon is mainly positive but you may want to listen to the mp3 samples before you decide to buy.

I will be putting together a poll to find out what is generally believed to be the best power pop live album and I’ve included this album in the list.

I have created a poll to find out the best power pop live album. Please vote.