This was recorded at the Pittsburgh Civic Arena in Pennsylvania, USA on August 13, 1981 and was released in November 1981.

By this stage Michael Jacksons solo career as an adult was taking off with the Off The Wall studio album released in August 1979. Thriller was recorded and released in 1982.

END_OF_DOCUMENT_TOKEN_TO_BE_REPLACED

Live At The Forum is a live album by the Jackson 5.

Jackson 5 Live At The Forum 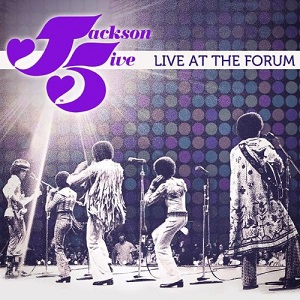 END_OF_DOCUMENT_TOKEN_TO_BE_REPLACED

I’ve just heard that as part of the plans to mark the 25th anniversary of release of Bad by Michael Jackson, there will be a live album included on his July 1988 concert from Wembley Stadium in London.

This should be interesting. I was at Aintree in Liverpool, along with about 125,000 other people in September 1988 to see the final European concert of the Bad tour.

Unfortunately we got stuck on the motorway for about four albums and got there much later than intended. Margaret couldn’t see anything and I didn’t see much.

The set list for this part of the tour was: END_OF_DOCUMENT_TOKEN_TO_BE_REPLACED