Wipe the Windows, Check the Oil, Dollar Gas is a live compilation album by The Allman Brothers Band after the deaths of band leader Duane Allman and bassist Berry Oakley.

If you want guitar drenched southern blues rock, then you need to focus on the albums recorded in 1971 and before like the widely recognised classic At Fillmore East that challenges in many people’s opinion for the title of the “greatest live album ever”. Then check out the later albums with Warren Haynes.

This band is different, more jazzy and soulful as the band only featured Dickie Betts on guitar and instead of a second guitarist, they recruited keyboardist/pianist player Chuck Leavell. 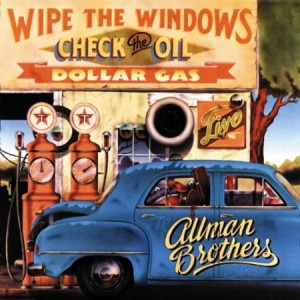 I realise that many people love the Duane period of the band and can feel that this isn’t even an adequate impression of the original band. I think it’s better to see this as a different band covering some of the classic Allman songs but adding their own twist.

Is it the best live album by the Allman Brothers Band? Which do you recommend?