The majority of the album was recorded in 1994. 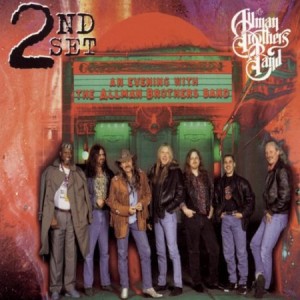 I usually have very mixed feeling about these reunion bands. While it’s nice to hear the old classics, it can degenerate into professional karaoke.

However the prime period of The Allman Brothers Band with Duane was tragically so short, I like to think of them as a series of bands with a developing heritage. It’s the same way that I see Deep Purple as they moved from Mark II to III and then to IV.

You MUST get something from the Duane Allman period first and Fillmore East is the obvious selection, but then I encourage you to try the different phases of the band because they all have their own excellence.

It helps that I’m a fan of Warren Haynes & Allen Woody and also suggest you try Gov’t Mule. The same applies to versions of the band with Derek Trucks.

It then becomes a question of which other Allman Brothers Band versions you should try.

I bought Play All Night: Live At The Beacon Theatre from 1992.

The best live albums by the Allman Brothers Band poll below will guide you.

Is this one of the best live albums by the Allman Brothers Band?