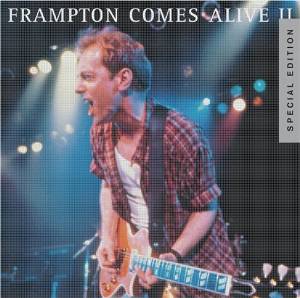 I must admit that I never understood why the original Frampton Comes Alive was such a success but millions of people believe I’m wrong including plenty who have voted in my best classic rock live albums poll.

Is this the best live album by Peter Frampton or at least a worthy follow-up?

Does it also deserve a place in the classic rock live album poll?