Dick’s Picks Volume 29 is a live album by the Grateful Dead.

It was recorded on May 19, 1977, at the Fox Theatre in Atlanta, Georgia, and on May 21, 1977, at the Lakeland Civic Center Arena in Lakeland, Florida. The bonus tracks were recorded on October 11, 1977 at the Lloyd Noble Center in Norman, Oklahoma. 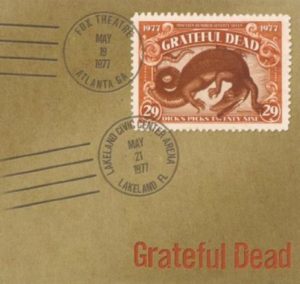 Disc: 2
1. Dancing in the Streets
2. Samson and Delilah
3. Ramble On Rose
4. Estimated Prophet

It is available from Amazon.com – Amazon.co.uk
These links will help you get to the albums quickly and easily but I recommend that you still search for the best deal.