Steal Your Face is a live album by the Grateful Dead.

It was recorded during their farewell tour at the Winterland Ballroom in San Francisco between October 16 and October 20, 1974.

The band had been pioneering a new sound system (known as the wall of sound) but it made touring harder than before because of the more complicated set-up when they changed venues.

These concerts also provided the source for The Grateful Dead Movie Soundtrack which has been much better received. 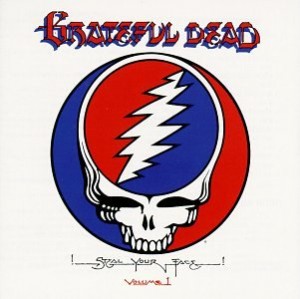 This is a controversial recording as many Deadheads feel that it wasn’t the goodbye (even temporary goodbye) that the band deserved.

My thoughts are that it’s not the place to start your collection of live albums by the Grateful Dead and, because there are so many very good albums, it’s not worth considering until you have about 20 or more albums.

Is the general public opinion wrong and this a great live album?