Live In Austin is a live album by Ronnie Lane.

This collects together performances recorded by two radio stations in Texas where he lived for ten years between 1984 and 1994 as his health declined due to his MS before he moved to Colorado for the three final years of his life. 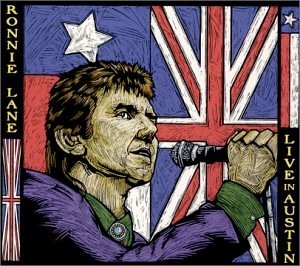 Is it the best live album by Ronnie Lane? Which do you recommend?