Get Out Of It! Live is a live album by punk rock group The Ruts..

It was recorded at the Marquee in Wardour Street, London on the 19th July 1979. It wasn’t released until 2006 although the song Human Punk was featured on the Crack album.

The Ruts Get Out Of It Live 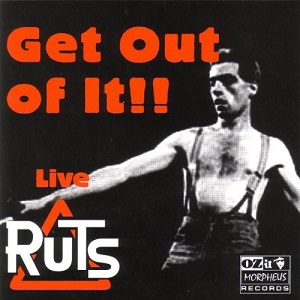