One Man Drives While The Other Man Screams is a live album by Pere Ubu.

It pulls together live recordings from three venues: 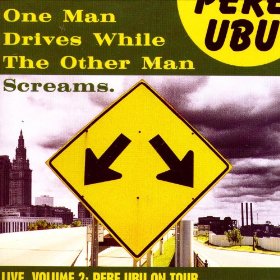 Pere Ubu were a favourite band of the critics once the initial fervour for The Sex Pistols, The Ramones and The Clash had died down a bit. I’ve always thought there were odd rather than good but they have inspired a loyal following.

Buying Pere Ubu One Man Drives While The Other Man Screams

Is it the best live album by Pere Ubu?