The Stranglers BBC In Concert 23rd April 1977 is a digital download of a concert by punk band The Stranglers.

It was recorded at the Paris Theatre in London about a week after their first studio album, Rattus Norvegicus was released.. 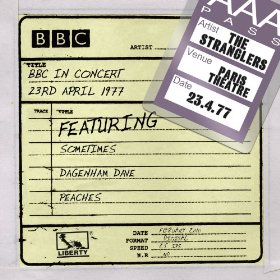 Songs On The Stranglers BBC In Concert 23rd April 1977

I preferred The Stranglers later in the year when No More Heroes came out but the sleazy, lecherous, politically incorrect Peaches makes me smile and it went on to being a #8 hit single in the UK for the band.

The biggest problem with this recording is that it’s only 22 minutes 33 seconds long so as soon as you get properly warmed up, it’s over.

Is it the best live album by The Stranglers?