New Traditionalists Live 1981 Seattle is a live album by Devo.

The cassette of this November 1981 recording was found in a shoebox and transferred to DAT. In 2013 the album was released. 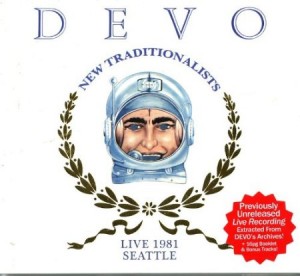 As the title suggests, the band were promoting their New Traditionalists studio album and their are nine songs from that album featured here.

Do you think this is the best live album by Devo?