%%ASIN%%Live at the Canterbury Fayre is a live album and DVD by Jack Bruce and the Cuicoland Express.

Bruce had an interesting career as he switches from one style of music to another and here he plays with a latin influenced band. 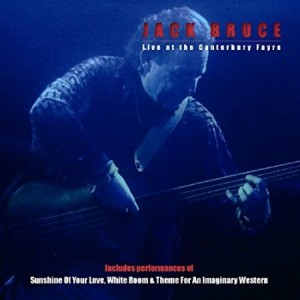 Songs On Jack Bruce Live at the Canterbury Fayre

My research suggests that the same songs appear on the CD and DVD but there may be versions where they don’t match.

Reviews about the Canterbury Fayre DVD.