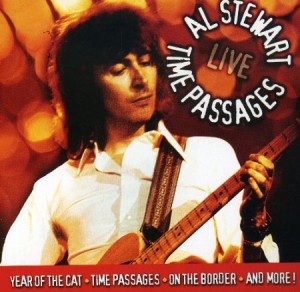 I think Al Stewart is a very underrated singer-songwriter and I think everyone who likes more gentle, thoughtful music should own at least one of his albums.

On the plus side, this is an electric version of his best known songs which is hard to get while Live Indian Summer is out of print.

On the downside, it really isn’t very long and the songs don’t sound that much different to the studio versions.

When I was thinking about getting this because I only have Rhymes In Rooms, I decided to go for a better value compilation with some live songs but mostly recorded in the studio.

The one I picked was A Piece of Yesterday – The Anthology which gives me 30 tracks for a very reasonable price. It’s available from Amazon.com – Amazon.co.uk – iTunes – eBay