It was recorded in December 1971, just two months after his album American Pie had been released. The concert was broadcast by WPLJ FM and has been released on the All Access label. 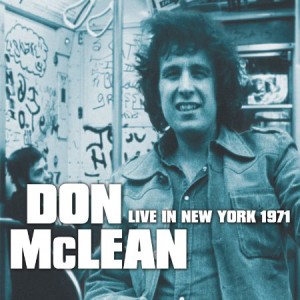 Is it the best live album by Don McLean? Which do you recommend?