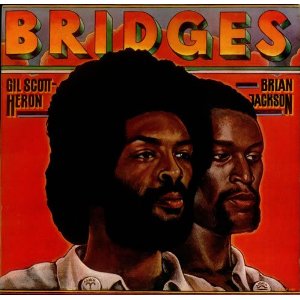 New Deal is ten minutes of Gil Scott Heron talking to the audience, entertaining them with his humour before introducing the band. Gumbai is a festival of African rhythms.

Here is a video of Gil Scott-Heron and the Midnight Band performing Johannesburg from 1976.

And here he is playing one of his most famous songs, Winter In America in 1990.

I’ve linked to the reviews for the Bridges studio album to show that this catches Gil Scott-Heron after one of his very best studio albums.