An Ashtray Heart is a live album by Captain Beefheart.

It was recorded at the Commodore Ballroom in Vancouver, Canada and broadcast live on Toronto radio on 17 January 1981.

Bonus tracks have also been added which include songs played on Saturday Night Live in 1980, a recording with Frank Zappa in 1975 and three songs from a 1971 radio broadcast. 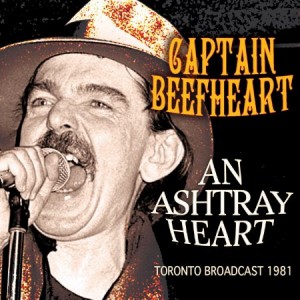 The first 12 songs are from the Vancouver concert.

Is this the best live album by Captain Beefheart?