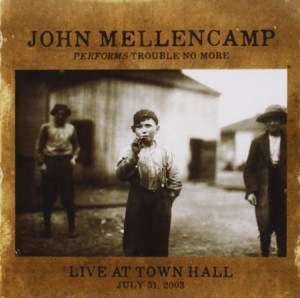 I’m disappointed in the set list. I believe that there must be a great live album by John Mellencamp somewhere in the record company vaults.

I’ve got no problem with heavily featuring an album in a concert tour but I want to hear more songs from other albums as well.

Do you think this album is good enough to be included in the polls to find the all time best live albums by singer songwriters. Because there are so many I have two divisions with promotion possible if an album gets enough votes.