Without The Aid Of A Safety Net is a live album and DVD by Big Country.

It was recorded at The Barrowland Ballroom in Glasgow, Scotland on 29 December 1993.

This album was first released in May 1994 as an eleven track vinyl album and fourteen track cassette and CD. In 2006, an expanded version was released with all 25 songs performed. 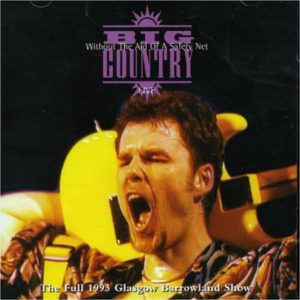