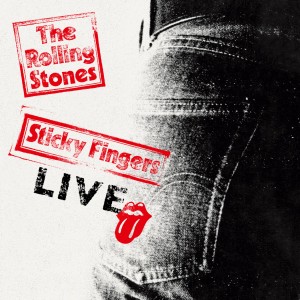 As you can see, the order of play has been changed with the big difference, Brown Sugar ending rather than starting the album.

I’m torn over this release.

Sticky Fingers is one of the greatest studio albums ever recorded. It has also been poorly represented on the live albums by The Rolling Stones. Even the 1971 concerts have little from the album.

But this is the Stones from 2015. There’s no Mick Taylor or Bill Wyman. The others are 44 years older. No longer bright young things but OAPs.

At the time of writing, it’s not on Spotify so I’m listening to the preview on iTunes over and over again trying to decide if I’m going to buy it. The price isn’t bad at £6.99 / $9.99 so this isn’t the band gauging its fans.

My heart says buy it but my head tells me that, after the initial interest, I’ll never play it, always deferring instead to Ya Ya’s, Brussels Affair or even Get Your Live Lungs Out or the original studio album, Exile On Main Street or Let It Bleed which I regard as essential.

I feel like lovers of classical music must do. They love the initial compositions but may be undecided about the specific version under consideration. With the greatest respect, these musicians are imitating one of the best rock bands in their prime period.

I think it’s easy if you’re a Stones fanatic. You have to have it. But my tastes are too diverse ranging well beyond this band and blues rock, even if this is one of my favourite categories. There is so much interesting music to hear and I get focused on a few albums from particular artists and groups.

It has been made available only through iTunes and Apple Music.

Is it the best live album by The Rolling Stones? Which do you recommend?

You can get most of these albums from Amazon.com – Amazon.co.uk.