Skin And Bones is a live album and DVD by Foo Fighters.

This was recorded at the Pantages Theater in Los Angeles on August 29, 30 and 31, 2006 and captures the Foo Fighters in an acoustic mood. 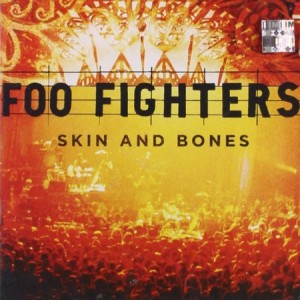 I think acoustic albums can give the songs a fresh perspective and show you elements that you missed when they are drowned by wailing guitars and heavy drums. However I also think they can be hugely frustrating when the band is overdue on releasing an authentic live album that captures their normal sound.

Is it the best live album by Foo Fighters?