It was recorded at Dublin RTE, the Royal Albert Hall in London, Glasgow Barrowlands, the Pink Pop Festival in Holland and the Glastonbury Festival in 1986. 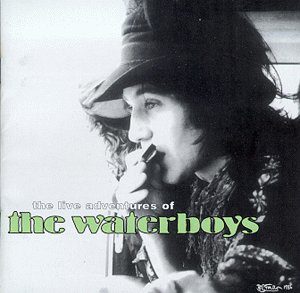 Songs On The Live Adventures Of The Waterboys

Disc: 2
1. Be My Enemy
2. Old England
3. The Thrill Is Gone/And the Healing Has Begun
4. The Pan Within/Because The Night
5. The Whole Of The Moon
6. Spirit
7. Savage Earth Heart
8. Saints And Angels

Guy Chambers played piano on This Is The Sea.

According to Wikipedia, the sources of the tracks are as follows;

Buying The Live Adventures Of The Waterboys

Is this a great live album? Is this the best live album by The Waterboys?