Live in Buenos Aires 1992 is a live album and DVD By Nirvana.

It was recorded at the Estadio Velez Sarsfield in Buenos Aires, Argentina on October 30, 1992.

The album was released on the Immortal label as ASIN B00FAC2FJW. 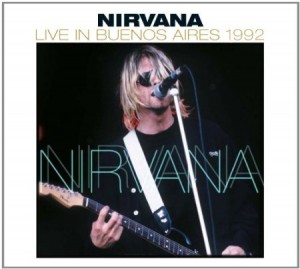