United States Live is a live album by Laurie Anderson.

This is a wide-ranging presentation produced over two nights and some eight hours which has been cut down to about four hours and 20 minutes over four CDs.

It was recorded at the Brooklyn Academy of Music in New York between February 7 and February 10, 1983. 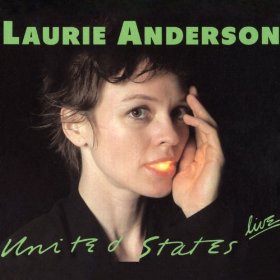