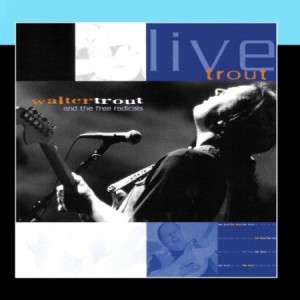 Disc: 2
1. Finally Gotten Over You
2. Gotta Broken Heart
3. Walter Speaks Again
4. I Shall Be Released
5. Serve Me Right To Suffer
6. Good Enough To Eat

There aren’t that many videos of Trout performing live.

Here is the opener of the Live Trout album, I Can Tell played live in 2013

A cover of Bob Dylan’s I Shall Be Released from the album, which shows a softer, more reflective Walter Trout

Here is the feedback from Amazon.com for vol 1.

These links will help you get to the albums quickly and easily but I recommend that you still search for the best deal. Be sure that you know if you are buying the two CD set or volume 1 or volume 2.

Is this a great live album? Is it the best live album by Walter Trout?

Should this album be included in the poll?