The Alarm Greatest Hits Live is a live album by The Alarm with an ironic title.

Beyond the song Sixty Eight Guns which reached #17 in the UK singles chart, the band didn’t have a string of big hits. 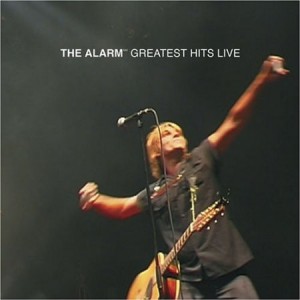 This is good, energetic music with singer Mike Peters backed by a new band performing these melodic rockers with enthusiasm. It’s well worth getting if you’re a fan or your have good memories of seeing the band performing live.

This Welsh band deserved more success than they received but they never had the image and PR of bands like the Irish U2 and Scottish Simple Minds.