Meeting With the G-Man: Live at Paradiso, Amsterdam is a live album by Rory Gallagher.

Gallagher was a terrific performer live in concert and I think his best live albums are much more compelling than his studio recordings.

The latest version of this album has six extra live tracks. 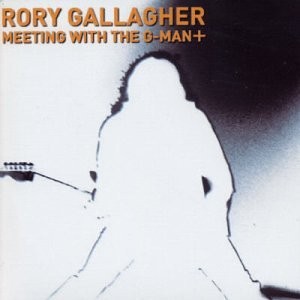 Songs On Rory Gallagher Meeting With the G-Man

If you’re new to Rory Gallagher, my advice is to start with Irish Tour and then work through his other live recordings from the 1970s. As far as I’m concerned, this is only for devoted fans who want everything Gallagher recorded.

The sound has been criticised so if you are thinking about buying, I recommend that you listen to the mp3 samples at Amazon.co.uk

Do you think I’m wrong and I should appreciate this album more than I do?

Is this a great live album? Is it the best live album by Rory Gallagher?