Eloy Live is a live album by the German Progressive rock band Eloy.

It was recorded on tour in March 1978 while the band were promoting their Ocean studio album. 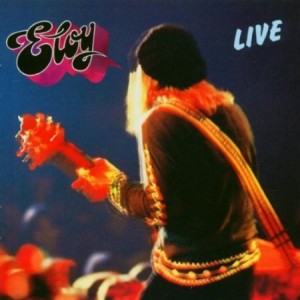 I think it’s great fun to move away from the big prog rock bands like Floyd, Yes, Genesis, Camel and King Crimson to explore some of the less well known artists. I particularly like these live albums from PFM and Nektar. Eloy could well be added to the list.

The prog rock experts at progarchives.com give the album a rating of 4.02 which ranks it as excellent. 42% say that it is an essential album. I’ve only added it to my prog rock poll (below) in June 2015 but I expect it to get some support.

Is it the best live album by Eloy? Which do you recommend?