Capolinea is the first live album released by Italian prog rock group Banco Del Mutuo Soccorso. It was released in 1979.

In the early and mid 1970s there was a thriving prog rock scene in Italy where there was big support for the British prog groups together with their own groups who did some great things.

Banco were one of the leading groups along with PFM. 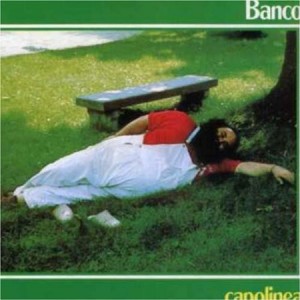 This has a bad reputation because Banco tried to move towards a more commercial sound including bringing in disco influences!

At progarchives.com it is rated at an underwhelming 2.01 where 2 means “for collectors/fans only”.

In my opinion, this is not the album to start with. In fact it’s hard to get beyond those first three studio albums:

unless you’re particularly biased towards live albums like I am. In that case, listen to Seguende le Tracce

If you like early 1970s prog rock, I encourage you to give Banco and Italian prog a good try but not this album.This makes the mp3 samples very useful.