This page has two readers polls to find the best live album by Emerson Lake & Palmer and the best studio album.

What Is The Best Emerson Lake & Palmer Live Album?

Emerson Lake & Palmer (or ELP as they are better known) have issued a lot of live albums. Which are the best?

I wish many groups and artists would issue more live albums to show how their concerts have changed over the years. ELP are at the other extreme along with groups like The Grateful Dead.

There are too many for all but the most dedicated of fans.

Unfortunately with so many, it is difficult to pick the best although the former triple album Welcome Back My Friends is probably the obvious place to start.

This is where I hope you can help my other readers who want to get to know more about ELP so please vote in the poll.

As expected, the winner is Welcome Back My Friends To The Show That Never Ends. 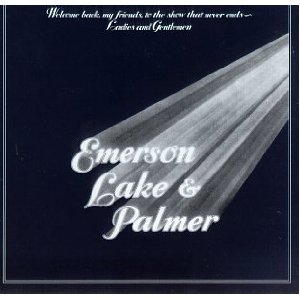 I can still remember how exciting it was as a teenager to have a triple vinyl album as a record of their 1973/74 tour to promote the Brain  Salad Surgery studio album. It’s a fine record of this ostentatious prog rock dinosaur. It’s easy for non-prog fans to mock but there’s a grandeur captured on this album. I don’t think the band’s music has aged as well as Genesis and Yes which helps to explain why it’s not doing as well in the prog rock genre poll.

In second place is an album recorded and released early in their career as they taught rock fans to appreciate Musorgsky with Pictures At The Exhibition. 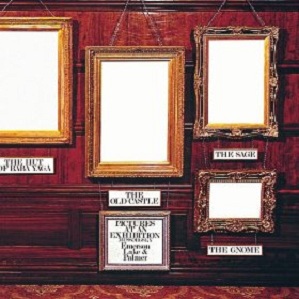 Both of these are well established but ELP have released a number of archive recordings from the early 1970s which aren’t getting the attention they deserve.

In third place, their reunion in 1992 is celebrated with Live At The Royal Albert Hall. Fourth is Works Live.

Until I see more voters, I don’t want to say too much about these albums.

What Is The Best Studio Album By Emerson Lake & Palmer?

I believe the best live album is often linked in time with the best studio albums.

Only 10 people have voted so far but the leaders are Brain Salad Surgery and Tarkus.

If so, please click the links and vote. You can also see the results so far.