They’ve done a couple of live albums so far.

This album was released in November 2012 so details are scarce at the moment. 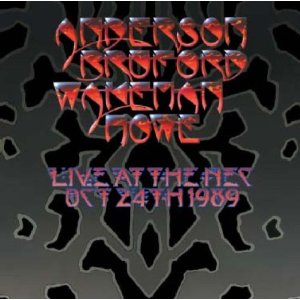 For more information about Live At The NEC, please see Amazon.com and Amazon.co.uk

1993 – Anderson Bruford Wakeman Howe – An Evening of Yes Music Plus

Personnel – it’s always important to know who you’re getting when you’re dealing with Yes.

For more information about An Evening of Yes Music Plus, please see Amazon.com and Amazon.co.uk

If You Want The Real Thing?

I wouldn’t focus on these live albums until you’ve heard the first two live albums by Yes.