Is There Anybody Out There? is the Pink Floyd live recording of The Wall concerts from 1980 and 1981 at Earls Court London.

I wasn’t lucky enough to be at these gigs but I had a flatmate who raved about how good The Wall concerts were.

This album was first issued in 2000 and is really the first prime time Pink Floyd live album when the group had conquered the world. (Ummagumma was too early and Delicate Sound Of Thunder and Pulse were a controversial version of the Floyd without the main songwriter, Roger Waters.)

Pink Floyd Is There Anybody Out There?

Whether this album has a role to play in your album collection depends on two things: 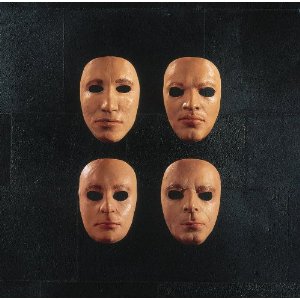 It is slightly different in that there are a couple of spoken tracks and a 3 minute instrumental called The Last Few Bricks that was played while the Wall was completed except for one last hole where Waters sang Goodbye Cruel World.

Some of the tracks have longer solos. I understand that the group had to edit the original concept to get it to fit within a double LP but it was played live as it was intended. This makes Is There Anybody Out There? even more authentic than the studio album.

This isn’t a party album for people who want to have a good time as its themes are about abandonment and isolation. It is however a remarkable piece of music and the shows have gone down in history. It’s a shame that there isn’t a DVD of Pink Floyd performing The Wall Live but you can get a version by Roger Waters live in Berlin.

Here are some videos of Pink Floyd performing songs from The Wall live in concert in 1980.

What Other People Say About “Is There Anybody Out There?”

Buying Is There Anybody Out There?

You can get a copy of the CD from Amazon. There are various special editions with books etc too. Unfortunately it doesn’t appear to be available as an mp3 (at the time of writing) so you can’t hear little snippets of the songs to see how different it sounds from the studio album of The Wall.

Amazon.com – Is There Anybody Out There?

Amazon.co.uk – Is There Anybody Out There?

It’s also available from eBay. Hopefully it will also appear on iTunes.

What Do You Think About Pink Floyd Performing The Wall Live On The Album is There Anybody Out There?

I haven’t convinced myself that I really want and need this album yet so I’m very interested to know what you think.

I do have the studio version of The Wall but I find it very gloomy to listen to.

Please help me to find the best live albums by voting in the readers polls:
Best Pink Floyd live albums

Other Live Albums by Pink Floyd