Real Live Wires is a live album by Talking Heads released on the Smokin’ label.

It was recorded at The Park West, in Chicago, in 1978 while the group were promoting their second album, More Songs About Buildings and Food for a radio broadcast.

There is another version of this recording on the Nova Sales & Distribution (UK) Ltd label called Live Chicago 1978 but feedback from Amazon is that the recording quality is not as good as Real Live Wires.

I think this is one of those live recordings that slips through the copyright laws after 25 years and can be sold legally in Europe. Please correct me if you know the truth. 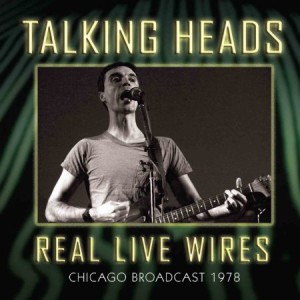 There are some comments about the quality of the recording so you may want to listen to the mp3 samples on Amazon.co.uk before you buy.