Theatric Symbolisation of Life is an album by Agathocles with songs recorded in the studio and live in concert.

Tracks 10 to19 were recorded at the Netwerk-club in Aalst in Belgium on the 28th of October 1990. 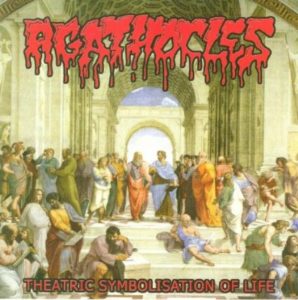 Is it the best live album by Agathocles? Which do you recommend?