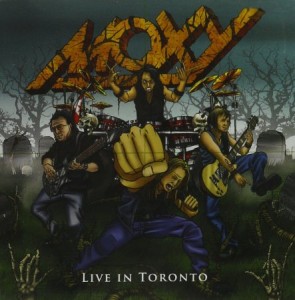 Songs On Moxy Live In Toronto

As you can see, the set is still dominated by songs from their classic first album.

There have been plenty of changes in membership of this band and only Earl Johnson is an original member. Ironically, it was problems with him that brought in Tommy Bolin to play lead guitar on their first album and gained the band much attention after he joined Deep Purple.

Is it the best live album by Moxy? Which do you recommend?

Their other live album is Raw from 2001.