Live From Chaos to Eternity is a live album by Italian power metal band Rhapsody Of Fire.

It was recorded on their tour through Europe in 2012 on their From Chaos to Eternity tour. 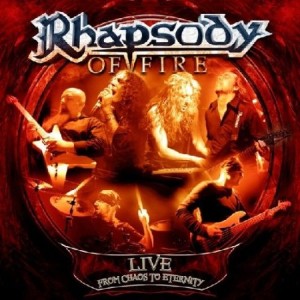 Songs On Rhapsody Of Fire Live From Chaos to Eternity

While the title of the album might give you the impression that the album is dominated by live versions of their last studio album, it is much more of a live career retrospective as you can see below.

Buying Live From Chaos to Eternity

Is this the best live album by Rhapsody Of Fire?

Do you think it should be included in the polls top find the best live albums? Two divisions mean albums can be promoted if they get enough votes.